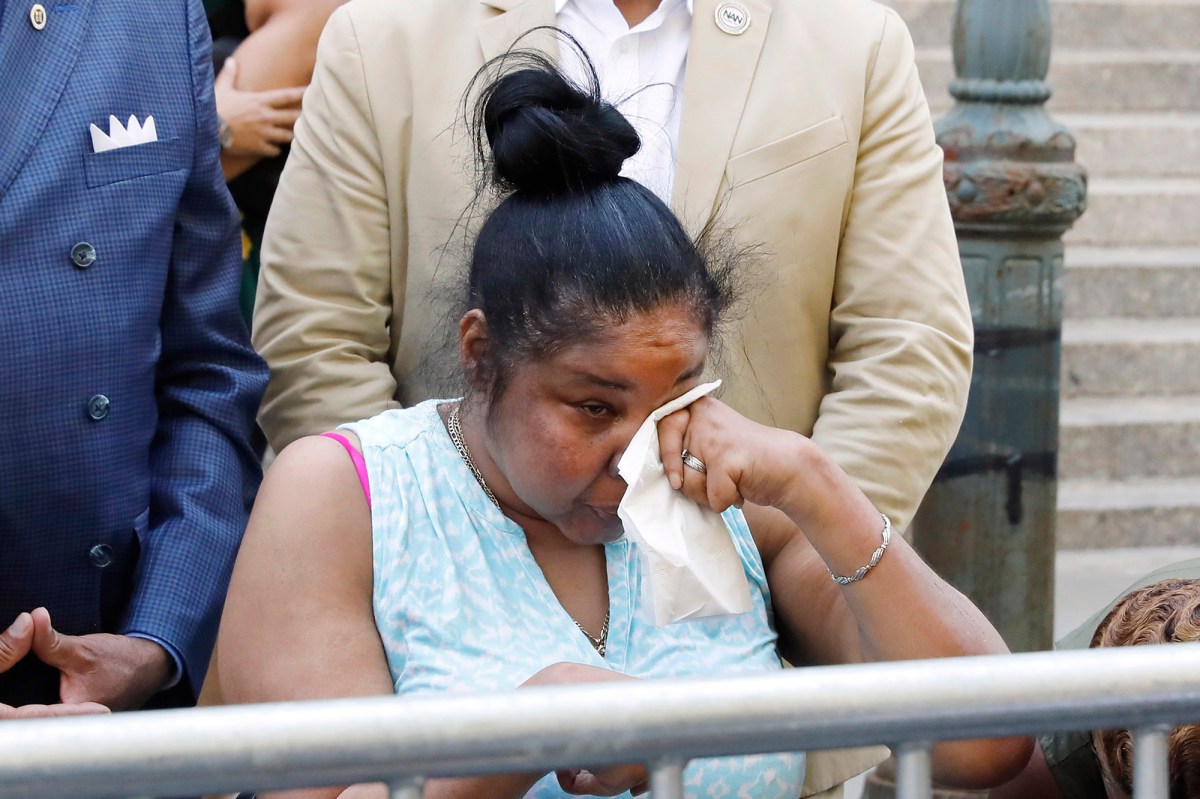 Eric Garner’s widow broke down sobbing after testifying as part of a mock murder trial of the police officer involved in the death of her husband, part of a TV movie to be aired Saturday night. Garner, 43, of Staten Island, died after being confronted by undercover police in July […]